Exweb interview with Suze Kelly, final: "They want us to continue"

(CC/TS) "Basecamp has been obliterated, we have no comms, I expect mass casualties, I’ll call you in half an hour."

Yesterday Suze Kelly told Explorersweb what it was like to sit out the quake in Camp 1. The frantic radio messages from friends below, the rocking and rolling sensation of plastic glacial ice shaking, the noise in the icefall and invisible avalanches rumbling, “it was also very apparent that we had nowhere to run and hide at Camp 1”.

The arrival of the helis, and the emotional return into a vanished base camp.

In this final entry, Suzy talks about all the Sherpas the outfit lost, and changes the accidents have brought about.

Explorersweb: When did you hear that you have lost 5 Sherpa (and later the 6th one)? How did they die?

Suze: On the morning of the 26th, whilst still at C1, I spoke with Caroline, our Operations Manager in New Zealand and she told me how many had died, which was 5 Sherpa, and we had had 9 injured Sherpa evacuated by helicopter that morning whilst 3 more had walked out on foot the day prior.

Our Sherpa who died had generally sustained massive head injuries from the debris flying through camp – tents, gas bottles, rocks. The 6th Sherpa died 5 days later on the 1st of May in Kathmandu from his injuries.

Explorersweb: Last year AC also lost 3 Sherpa. How do you as a team and team leaders handle such a loss?

Suze: Last year we lost 3 Sherpa in the Icefall incident. It was devastating to all our team and we were one of the first teams to quit the mountain out of respect for our remaining Sherpa staff, who did not feel able to continue.

Over the ensuing year we lobbied for change regarding the route through the icefall, which resulted in a good response from the Icefall doctors and a change to the route, as well as for permission to be able to ferry loads of heavy equipment by helicopter over the icefall to C1, but this was denied.

It was heartening to see the result of the change to the Icefall route setting in 2015 by the Icefall doctors, which was more central and avoided the continued calving of the seracs from above that threaten the true right of the icefall. As Guy wrote in our company newsletter on 17 April:

"In response to the event last year, the Icefall 'doctors' have agreed this year to change the route they have traditionally taken through the Khumbu Icefall. Their previous route took a hazardous path (where the accident occurred) under some very unstable ice cliffs, yet they preferred this route because it was easier for them to establish.

In the 1990's, when I was first coming to Everest, we would put the route in ourselves. Our route was more central, to avoid the more hazardous, but easier path on the right side of the Icefall. However, the expeditions to Everest were later forced to rescind control of the establishment of the route up the icefall to a Sherpa consortium, to which all the climbers are obliged to pay a hefty fee for the service. The Sherpa climbers who put the route up the Icefall were dubbed the 'Icefall doctors' in respect to the intricate rigging of ropes and ladders involved.

Now at least, our safety concerns about the route are finally acknowledged and a much safer and more direct route has been put up through the centre of the Icefall to Camp One, and all the climbers here appreciate that it has taken a devastating event to effect a positive change in safety standards on the mountain.”

The overall response we have had from the AC Sherpa staff after the earthquake this year is that they want us to continue operating in Nepal as they want the work and this will enable them to re-build their homes and their lives.

Hence as hard as it is to continue when we have suffered so much loss, we are making plans to return to Nepal in the post-monsoon this year with our Cho Oyu and Ama Dablam expeditions and next year in the spring to Everest.

Explorersweb: You have a Sherpa fund? How do you use these funds?

Suze: We use the funds from our Sherpa Future Fund to pay for the education of the children of Sherpas who have died and the re-building of the homes of our Sherpa staff. We have had fantastic support from our network of clients and friends and we are thus able to offer a level of long term support for the affected families in Nepal.

Explorersweb: Afterwards you and Guy stayed for a while in Nepal? What did you do?

Suze: We stayed on in Nepal for a further three weeks after the earthquake, spending the first week cleaning up BC as best we could and then starting the trek down valley where we were able to offer support to the Sherpa families who had suffered loss, as well as spend time with the Sherpas who had injuries.

It took a week in Kathmandu finishing up the details for the expedition and whilst there we experienced the second big 7.2 earthquake, which shut down the city again and caused general panic.

When we left for home it was with a sense of relief to be able to leave but it was also very hard to leave everyone behind when they are feeling so demoralised and fearful after what has happened. Back here in New Zealand we’ve been able to do some general fundraising for Nepal earthquake relief efforts and for our Sherpa Future Fund, which has been our way of continuing to try to do what we can from afar.

Suze: We would like to thank everyone who has supported the Adventure Consultants team members and their families through this event and hope that with further support, and re-building the confidence to return and travel there, that our beloved Nepal will be able to recover, as it really is one of the most special places on the planet, as are the people who inhabit its valleys and hills.

She has climbed Mt Kenya, Kilimanjaro (x2), Island Peak, Mt Cook. Mt Aspiring, Aconcagua and Lhotse in 2013.  She has enjoyed climbing in Thailand, Australia and the European Alps and skiing in North America and Europe. Suze has a postgraduate science degree.

Everest earthquake debrief, Exweb interview with Suze Kelly: "It was like walking in to the scene from a plane crash"

Climbers' Quake Efforts, Namche Bazaar: Interview with Johan Ernst Nilson, "I'm here to make sure the individual is being helped"

Climbing Season Spring 2015: It's Almost Over

Another Everest Video: Tribute to the Fallen 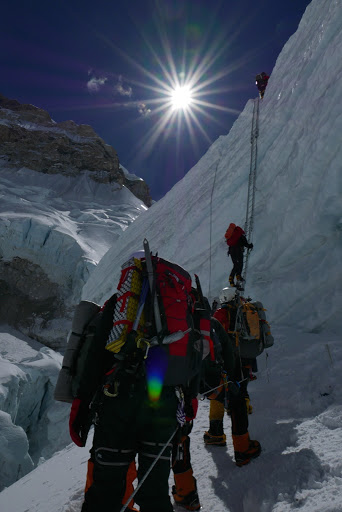 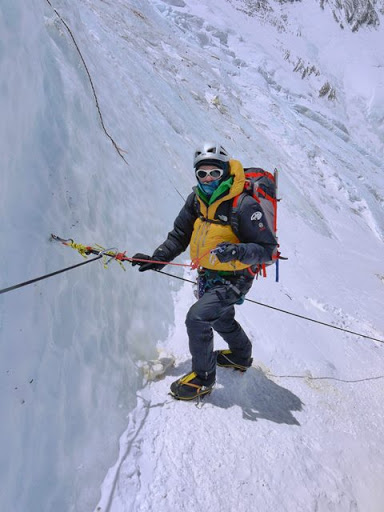 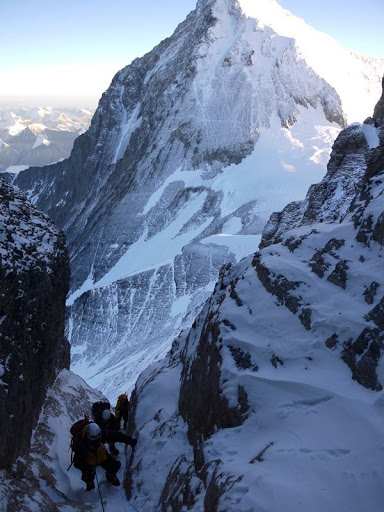 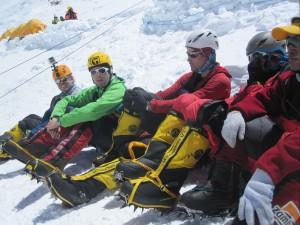 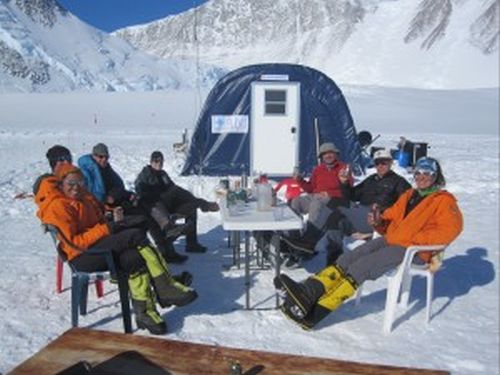