(Tina Sjogren) We ran the story in 2014. The Explorer's Daughter: "I Love this Life" said the headline, quoting Dana, 22 months old, walking from Moss side to Buckingham Palace in England.

Modern day traveler but old explorer at heart; Dana's dad just finished a trailer about the experience and we caught up with him for a chat.

Mikael Strandberg: Thanks for those positive and encouraging words. I had a feeling you guys would like it since it is definitely a kind of an anti-establishment film questioning certain aspects of modern life.

We are hard at work but still have some ways to go. I want every detail to be perfect this time, which is an expensive and time consuming road to go. I have a world-class team helping me though: Ulrika, who really is the very best editor and the same goes for Samir on sound, Magnus composing the music and Johan doing the color grading - so, if all goes well, in a couple of months...

Explorersweb:  What made you do it?

Mikael Strandberg: You know, I was brought up in the Swedish country side in a leftish atmosphere. I left almost 30 years ago to travel the world and have since gone through many walks of life.

I met the most destitute and poor to the richest and powerful and kind of lost who I am. My wake-up call came when I ended up living almost a year in one of the poorest and deprived areas in England, a multi ethnic suburb for the immigrants.

We lived under similar, demanding conditions as our neighbors: in drafty Victorian housing with very little money, affording no more than a few hours of heating or electricity in extreme cold. After visiting one of three food banks in this little area, feeding people who have no food at all - amazing considering this is one of the richest countries on earth - I decided that I had to find out more about England.

We couldn´t afford to put the youngest in nursery school - it costs at least a $1000 US a month.  Instead I put her in a stroller, found an English partner with a posh accent and a private school background (the smart and kind Georgia), and walked from the poorest to the richest, 750 km from Manchester to Buckingham Palace.

Explorersweb:  How did it go?

Moss Side changed me, so I'm bringing out the Che Guevara T-shirts and Fidel Castro caps all over again!

Seriously, I set off to understand inequality but as always, the journey turned out something different. It has become a road movie with the meaning of life as the main ingredient.

Living this nomadic and simple existence with my daughter - not even 2 years old - watching her grow in confidence and as a human, became the best time of my life!

I also want to show humans living in this modern age that life is short: I hope to inspire people to live as much as they possibly can and dare to break the rules of the consumer society.

Explorersweb:  You took off with your youngest and a lady you'd only know for 30 minutes, what did your wife Pam think about that ;)

Mikael Strandberg: I prefer women expedition partners these days. I like to get their female perspective on life and I also think ladies are much more loyal, fun, intelligent and helpful in every aspect. Meaning much less selfish. (Having said that - Johan, my Kolyma partner in 2004 - was as good as they come!)

My wife is a very strong, independent minded and visionary human being, so life never gets boring.  She understood the idea of bringing our youngest daughter for this project.  She trusts me fully as I trust her.

Explorersweb: Looking back, your biggest takeaway from this expedition-experiment?

Mikael Strandberg: That the love of one´s children has no limits.

Explorersweb:   Funny story with the tattoo guy -  what did the arm say - couldn't hear it?

Mikael Strandberg: It says, in Latin: In Hoc Signo Vinces, which means "In this sign You Will Conquer" or literally meaning, "In this, conquer!" In this particular case it is the motto of the English Defence League, a bunch of far right extremists who hate Islam and Muslims.

As you will eventually see in the film, this was a classic scene from a poor and deprived neighborhood enroute, where the locals in an all white lower working class neighborhood (to use the parlance of England) blame immigration for all their problems. In reality, the situation was very tense and my partner Georgia felt very worried.

Explorersweb:   You've done lots of socio-exploration around the globe, connecting the dots, what would be your 3 biggest lessons about our world today?

1. Neither capitalism, religion or communism works.
2. The knowledge and traditional lives of the indigenous peoples are disappearing fast.
3. Human beings are incredibly hilarious, interesting and challenging.

Explorersweb:   If Marco Polo came back to live today, and you had to advise him about exploring, what would be your 3 most important tips for him comparing now and then?

Mikael Strandberg: Hmm, tricky question. It's such a big time difference but I think he would adapt to the world of Internet fast. Curiosity his main drive he did a lot of things right, so my advice would be:

1. Don´t become overly commercial and self absorbed.
2. Travel by your own force more than not.
3. Get Human Edge Tech's small polar high speed data package to share your experiences in real time.

Explorersweb:   Old explorers brought their kids on trips as well: Polo went the silk road with his uncle and dad, Columbus brought his sons to the New World, you take your daughters with you on some trips - what do you tell people who say that dads/moms should stay home once they have bred?

Mikael Strandberg: Complete hogwash! Without generalizing too much, kids are incredibly adaptable, love exploring life, meet new people and as long as they have the love, care and support of their parents, they're happy anywhere.

Kids are colorblind, don´t judge and see that everything is possible. For example, after having made it to Buckingham Palace, the whole family flew out for three months to Kazakhstan. This time I brought my oldest daughter on a 14 km hike up a small mountain in the Kyzalerai area, it took us like 8 hours and she walked up and down all the way on her own. At only four years old she surprised me in so many ways, who knew she had such stamina?

Explorersweb:   How was your stay btw?

Mikael Strandberg: Kazakhstan is another misunderstood country put in negative light by the Anglo-Saxon media. I fell in love with it.  Great, great people, astounding history, spectacular nature. A post-Soviet country it has an old Kazakh culture that's now returning.  The 9th biggest country on earth it really has everything!

Explorersweb:   Where are you now and what's next?

Mikael Strandberg: I am back in Malmö working on the documentary. Next? Just surviving, see what comes up...

1986-1987 Bicycle from Chile to Alaska passing through The Darien Gap.
1989-1992 Bicycle from Norway to South Africa passing through the Sahara Desert.
1994 –1996 Bicycle from New Zealand to Cairo traversing Asia.
1997- 1998 Patagonia by horse through Chile and Argentina.
2000 A walk through Maasailand in Eastern Africa, Kenya and Tanzania, exploring the Maasai people.
2004 Exploring the Kolyma River in North-Eastern Siberia together with Johan Ivarsson.
2011 Expedition Yemen By Camel Traveled from Zabid to Sanaa just to show the world that Yemen is something totally different to what global media says.
2012 Expedition Yemen By Camel; Crossing The Sands of Al Mahra together with Tanya Holm.
2013 Expedition Frozen Frontier: Travelling through Siberia with reindeer and sleds.
2014 Expedition England With A Pram (Stroller) together with Georgia Villalobos and Mikael´s daughter Sardana from Moss Side, Manchester to Buckingham Palace, London.

“Well, I think everyone struggles with self-love. That’s pretty much the human condition, you know, waking up and trying to live your day in a way that you can go to sleep and feel OK about yourself.” (By Philip Seymour Hoffman) 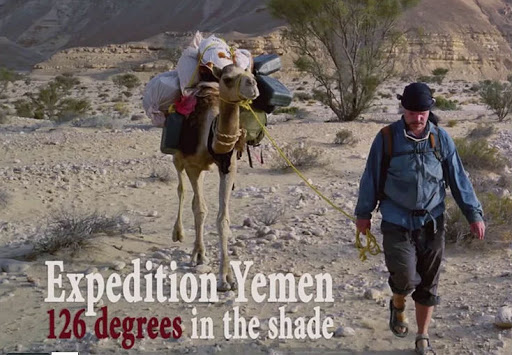 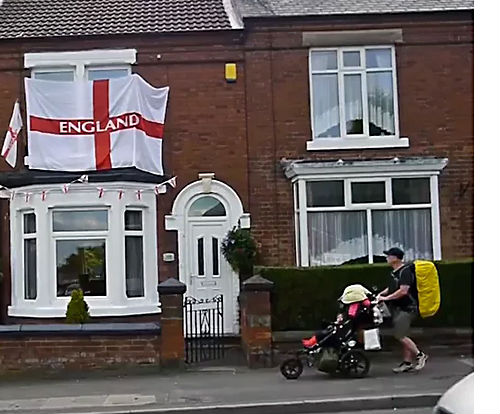